Home » Episode 12: The Do’s and Don’ts of Prototype Testing

Episode 12: The Do’s and Don’ts of Prototype Testing

In our latest podcast episode, Market Research & Prototype Testing, our host is joined by our Research Director, Lang McGilp, as co-host to speak with episode guest, Ben Jacobson.

Ben is a partner at Conifer Research, a design research consultancy in Chicago that has worked in prototype testing with brands that include Samsung, Pepsi, Nestle Purina and BP.

If you’d like to learn more about Conifer Research and the work they do, check out their website. There, you’ll find a link to the Research RX tool that was described in the episode.

Check out the Insightrix blog roll for informative articles about everything and anything market research related.

You can also access Stories of Market Research: The Insightrix Podcast on your favourite podcast player app, including Apple Podcasts, Stitcher and YouTube. Make sure to subscribe to be notified the moment a new episode is published!

[EPISODE INTRODUCTION] [DUNCAN] Prototype testing is a valuable step in the product or service development process.

Whether it’s through co-ideation in development, or to align a product or service with the needs of their users, or to discover and define business opportunities for existing services or products, prototype testing can help companies learn a lot about how real users interact with products and services in real-world situations.

Hello, my name is Duncan McGregor, Marketing and Communications Coordinator at Insightrix Research in Saskatoon, Canada, and your podcast host.

Conifer Research is a company that works heavily in prototype testing – having worked across a wide swath of industries with the design and innovation teams from companies like BP, McDonald’s, Nestle Purina, Pepsi and Samsung.

In the episode, Ben shares some of his experiences in prototype testing, how it has benefitted Conifer Research’s clients and the ways it has helped them – and – Ben relates some of the techniques his company has employed in the past to get their clients the insight they need.

Ben also talks about where he thinks the field of prototype testing, and market research in general, is heading and offers some suggestions for anyone looking to dive into the field.

And for this episode of the podcast, Insightrix own Research Director, Lang McGilp, sits in as co-host, lending his experience and research acumen to the discussion.

Do’s and don’ts of prototype research, observational research vs. big data and humanizing top box scores – all that and more, in this episode of Stories of Market Research: The Insightrix Podcast.

[THEME MUSIC] [INTERVIEW PT.1 BEGINNING] [DUNCAN] Hello. We’ve got Ben Jacobson, from Conifer Research from out of Chicago on the phone. How’s it going Ben? [BEN] I’m doing great, thanks. How are you? [DUNCAN] I’m doing great. Thanks for coming on. I’ve also got our own… [BEN] Thanks for having me. [DUNCAN] Oh no, it’s a pleasure. I’ve also got our own Research Director here at Insightrix, Lang McGilp, on the phone to co-host. So, thanks for going us.

So, Ben is a partner at Conifer Research, a research agency that does a lot of work in prototype testing. This isn’t something we usually do a lot of here at Insightrix, so we wanted to have him on to talk about his company and the work you guys do. Is there anything you could tell us about Conifer Research and the types of prototype testing you do?

[BEN] Sure. My first question would be why don’t you do prototype testing up there? But besides that, my little company got started in 2001, and we really got started in all of this – I’m just going to give a shout out to one of our first patron clients, who back in the day was Steelcase Incorporated, run by a visionary CEO whose name is Jim Hackett. And Jim Hackett, of course, is now the CEO of Ford. And they have long sponsored observational research and ethnographic research both for new concept development but also testing all the iterations of the designs that they do. And so, we specialize in observational research, in-context interviewing, those sorts of things, which has a wide variety of uses. One of which is, certainly, prototype testing. And that’s really the first way that we got into it. [DUNCAN] Right on. How do you find that prototype testing benefits your clients? I know it’s a pretty broad question, but what are the most common or key areas that you help your clients with? [BEN] The first thing to kind of wrap our brains around as we talk about this is that testing, the word prototype can mean almost anything, right? [DUNCAN] Yeah. [BEN] It can literally mean some rubber bands and paper clips and pipe-cleaners and things that you’ve made in an ideation session. It can mean sketches and concepts. It could be a fully engineered and absolutely functioning piece of machinery, right? So, the range of what falls into that is quite large – and we love to get involved in all of those aspects of it. We don’t just specialize in one teeny, tiny bit.

And, I guess the key thing to think about is it’s just dramatically cheaper, more interesting and insightful to identify the joys and pains that you’re about to set loose in the world at a small scale rather than at market scale after launch. So, that is probably the number one thing that people out there who are thinking about this should keep in mind, is that this is, sort of, something that you absolutely should be doing.

And I guess you said, the other one was – how does it help my clients? Well, so, I mentioned, we save them valuable time and money by getting things as close to right as possible before they sink a lot of money into engineering and development. And I can tell you some stories about that later. But, sometimes, it even becomes obvious that an idea should be radically transformed, repositioned or even killed outright based on what you can learn in a prototype test. And if you talk to people in business, this is probably the thing that doesn’t get accounted for very often but should be. Which is, how many times did you save yourself from embarrassment in the market? Or building something at scale and launching it, and then having to write it all off two quarters later? Things like that – and when you think about those epic fails, usually at the bottom of that is some kind of vacuum when it really came to understanding how this was going to function in the real world. And I guess the third thing that I would add in that sort of basket of topics is it’s really important to have a different set of eyes on the design and development as you move things from concepts into offerings out there in the world. If you let an internal design team or an external design firm who created the concept do the testing, it often, I think, introduces a whole lot more bias into the process than I personally think is healthy.

At Insightrix Research, we developed our ad testing solution to be the most comprehensive tool for assessing, predicting and optimizing advertising performance.

Insightrix Ad Check is a pre-testing research tool to assess advertising before it is launched via consumer testing to measure and maximize ad effectiveness and purchase intent.

Insightrix AdCheck will optimize and enhance your copy for the greatest impact and identify the most effective creative to produce and run, allowing you to get the most of your media budget by putting your spending behind proven, strong advertisements.

Using standardized copy testing measures based on a battery of questions, we can help to quickly execute your research project, meet tight timelines and build norms.

Insightrix AdCheck survey designs are flexible! And that means we can work with you to accommodate your individual and specific campaign requirements.

It costs the same to produce a bad ad as a good one. Early stage pre-testing can ensure your final production costs are invested in the very best creative.

Make sure to subscribe to our newsletter and be the first to know the news.

More from this show 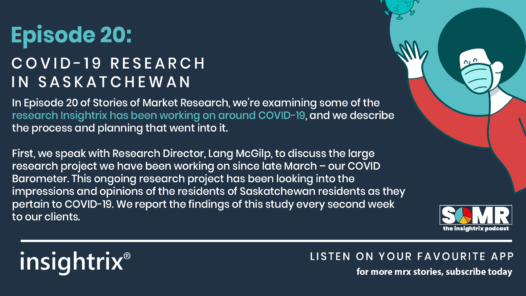 In Episode 20 of Stories of Market Research, we’re examining some of the research Insightrix has... 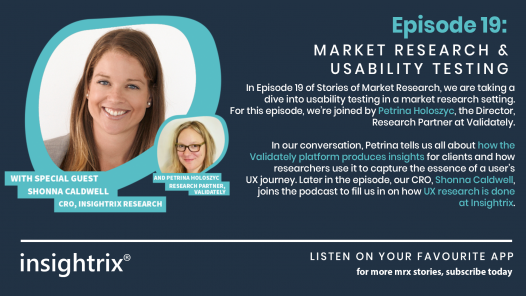 Sometimes referred to as UX testing, usability testing is an essential part of the digital... 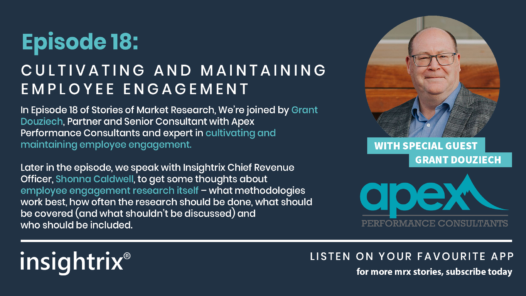 As a result of COVID-19, the last few months have been a large adjustment for the employees of... 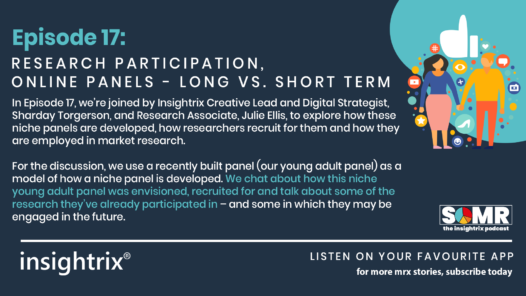 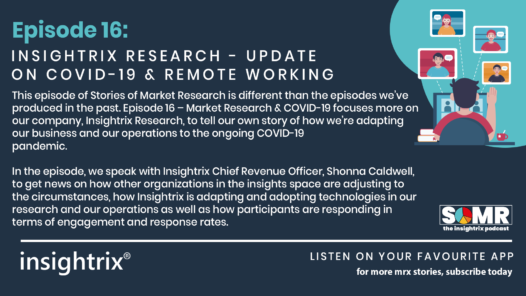 This episode of Stories of Market Research is different than the episodes we’ve produced in the... 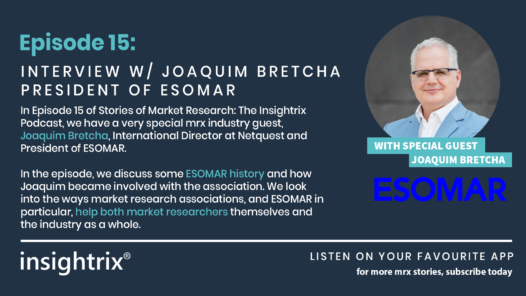 Stories of Market Research is back and we’re talking about market research associations. In Episode...

Episode 12: The Do’s and Don’ts of Prototype Testing